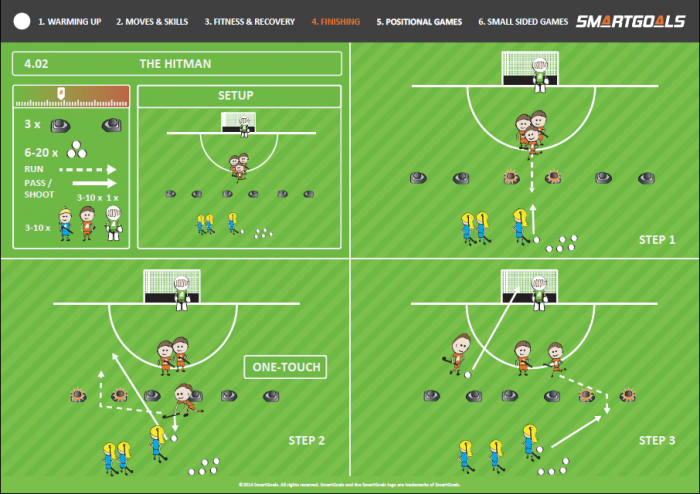 An exercise were bouncing is the key part. The players have to score from the angle were the SmartGoals will guide them. Coach the execution and particularly pay attention to the movements of the player that runs. He/She has to get him-/herself in a good score position. 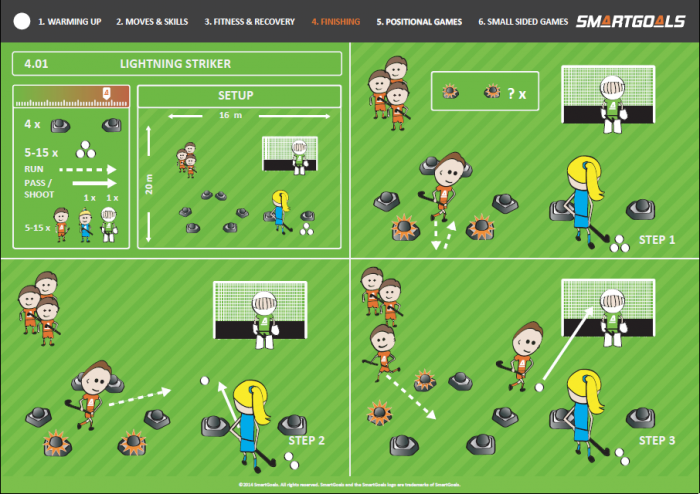