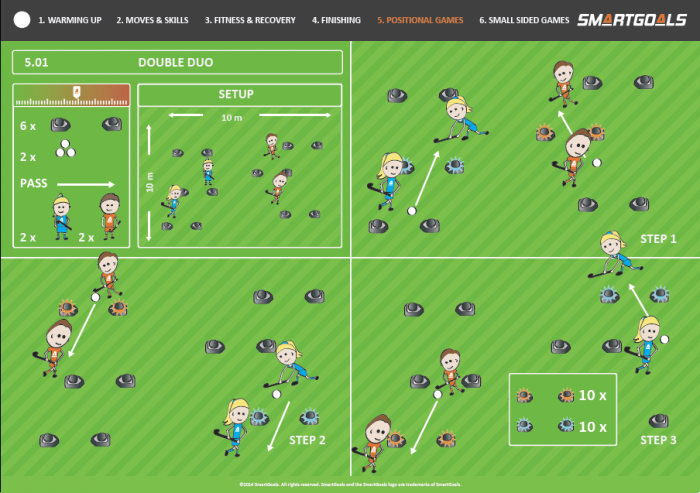 This exercise is similar to “Tiki Taka”, only this exercise contains two teams of two players. Two teams compete against each other to get the highest score by getting the ball as quick as possible through the illuminated SmartGoals. The players have to think and have to move into the right position. | Skill: positional play, cooperation, passing | Coach on: communication, movement, taking right position | Physical load: lower extremity | 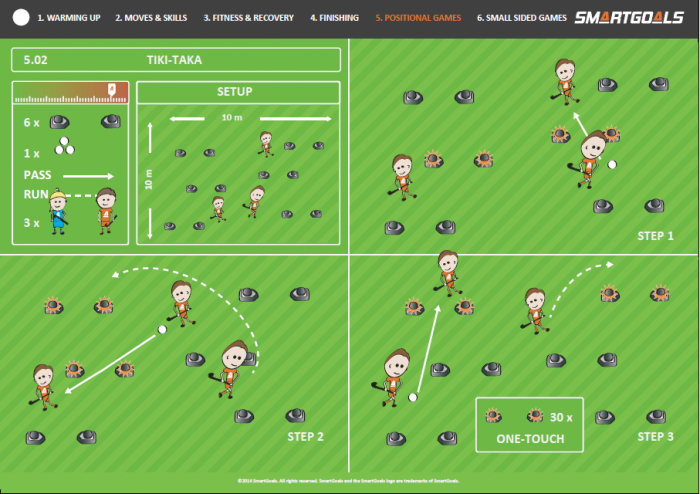